Team San Juan: Back on the Slopes

Team San Juan: Back on the Slopes

Team San Juan, TASP’s Special Olympics Race Team is back in full force during Saturday practices.  Coaches are thrilled to see many familiar returning faces as well as new racers joining the ranks.

Now that Special Olympics Practices are up and running again, Saturday’s find the TASP office overflowing with energy.  Course setters come in the twilight hours to set TASP’s race course well before the lifts are turning.  Coaches arrive and huddle together to set goals for their athletes.  Once the athletes arrive, a flurry of hugs and boot fitting ensues.  Shortly thereafter, a sea of red and blue jackets stream out of the office onto the slopes as athletes begin work on their individual skills.

A team lunch sees the office once again bustling with friendly chatter and laughter.  The teams cohesion is obvious as everyone intermingles and some even go the extra step to bring the whole team cookies or even a catered meal!

Next up is the team ski where all coaches and athletes get to cheer each other on running the gates of the race course.  Cowbells and cheers echo across the meadows and even the casual observer lets out a few whoops from the chairlift above in support of the racers.

With just a few more practices left before regional competition, athletes are honing their skills in order to bring all that they have to the races! 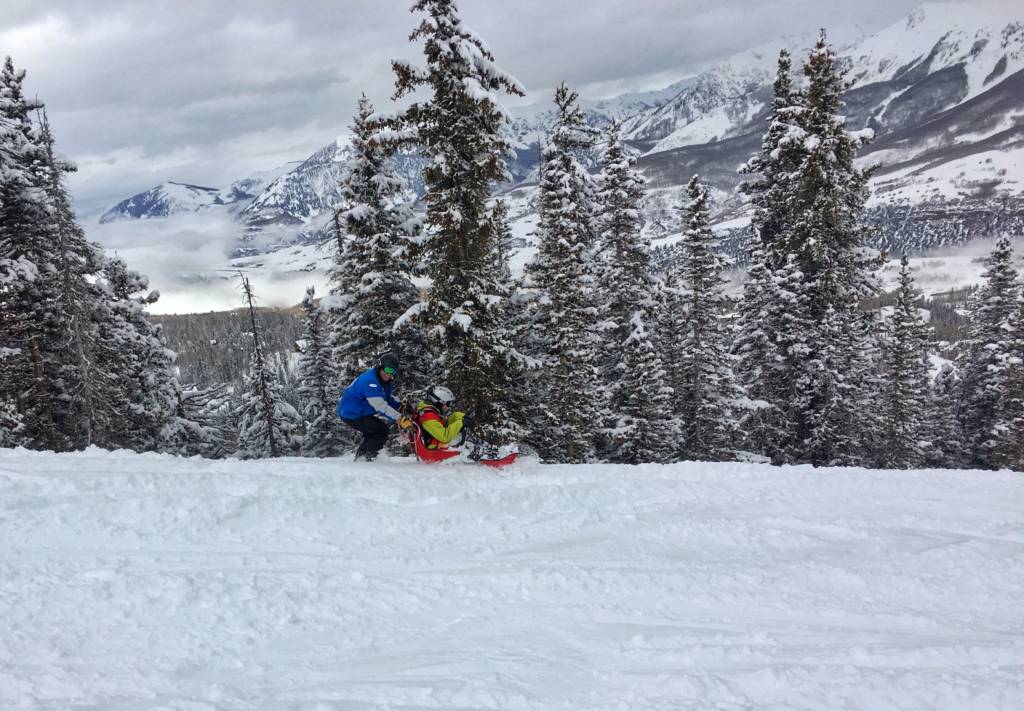